A Comic Actor Who is Popular in Your Country

Describe a comic actor who is popular in your country. You should say:

and explain why he/she is popular in your country.

A comic actor who is popular in your country – Kapil Sharma It is widely known that making someone sad is easy but touching the funny bones of people is not an easy task.

That is why not all aspiring actors want to be a comic actor. Still, there is a pool of talented comic actors like Kapil Sharma, Krushna Abhishek, Sudhir and the list goes on.

Out of all these, my favorite is Kapil Sharma.

He was born and brought up in Amritsar the holy city of Punjab.

His father was in the police force and mother is a home- maker.

From the spring of life, he was not much interested in studies but in mimicry.

This habit landed him to the auditions of “The laughter challenge”.

There, he got selected and this innate talent made him the winner of the show

From here, his actual journey begun.

He worked in many comedy shows and hosted numerous reality shows.

He won many awards in his life.

He is the multi-talented personality as he’s not only a very good actor but also a very good singer.

His popularity reached to new heights and he started his own show “Comedy nights with Kapil” which was aired on the Colors channel on Saturday and Sunday. Currently he is working with Sony channel for the show “The Kapil Sharma Show”.

This one hour show is helping folks in forgetting their week’s tensions and watching this became ritual in many families.

It has very clean comedy and can be seen with family.

In fact, all my family members watch this show together.

Many other celebrities come to this show to promote their movies so with this, people come to know about their favorite celebrities.

He also acted in a movie named “Kis Kis Ko Pyar Karu” which was a blockbuster movie.

All in all, I would say that he is the man of comedy and I really loved his comedy.

Also Check: A park you visited and liked IELTS Cue Card for 2021

A comic actor who is popular in your country – Jethalal 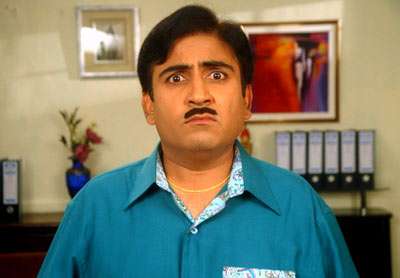 Comic actors are the blessings for the people as they give happiness and smile to people when there are bored or depressed.

They are considered as great as they always make fun of themselves and make other people happy.

In India, there are many comic actors such as Jethalal from Tarak Metha ka Ulta Chasma, Bharati from Comedy Circus, Kapil from The Kapil Sharma Show and so on.

Amongst all my favorite actor is Jethalal from Tarak Metha ka Ulta Chasma and many other people are fond of him as he has received many awards for his comic role.

Tarak Metha Ka Ulta Chasma was a comic column which was regularly published in Chitralekha magazine.

Taking inspiration from it a television serial is running.

Jethalal is a popular character in that comic as his appearance is different which make every person laugh.

He has a small mustache.

He wears floral or printed shirts.

He also has a unique way of talking and walking.

He is a smart character who runs a business, but he is always stuck in an awkward situation which makes him funny.

He is kind-hearted person character, but with bad luck, he always ends up in a difficult situation.

Though the situations are difficult for a normal person and he also gets tensed, the way he and his friend in comic Tarak Metha, whom he called fire brigade, solve the problem in a funny and relaxed way that everyone enjoys watching him.

All the characters of this comic series are funny but Jethalal is funniest.

This series is regularly telecasted on SAB TV at 8.30PM.

Due to Jethalal’s funny character, I never miss to watch it, as it relaxes my mind after my whole day hectic schedule.

A comic actor who is popular in your country – Mr. Bean Rowan Atkinson I’d like to tell you about a well known actor who is very funny, his name is Rowan Atkinson, he’s probably best known worldwide for his funny character Mr. Bean.

I first saw him in a movie on DVD and I thought he was really hilarious.

Later I discovered some other old DVDs of TV shows he had done in the past. I think I’ve watched nearly all of the shows he’s done now.

In fact I watched a movie of his just a couple of weeks ago with a friend… it was a spoof spy movie like the James Bond movies but he was useless at everything and it was very funny.

I hadn’t seen it for years but my friend found the old DVD and we decided to watch it.

He’s funny because he is so ridiculous and yet loveable at the same time.

He always seems to have the best intentions but he gets himself into terrible problems and funny situations just doing normal things.

The things he does are very simple, but very funny and I think it’s because most of his comedy is based on real life everyday situations that lots of people can relate to it and just how easy it would be for it to happen in real life. His style of comedy is very clever.

He’s popular not only in my country but all around the world. As I said I think that people like him because it’s not complex humour – it could happen to anyone, but it normally doesn’t, however, it always seems to happen to him.

Another thing that’s different to many other comic actors is that he doesn’t normally speak a lot, he’s funny because of his facial gestures and body movements… the comedy doesn’t rely on smart or witty dialogue… just on the silly situation or events that he’s involved in.

That’s something that makes him appealing to a very wide audience.

A comic actor who is popular – Follow Up Questions

Q- Do your family members and friends like this actor?

Ans: Yes, they do. In fact, we all watch his show together. He provides a type of comedy, which the whole family can enjoy together.

Q- Why are film personalities famous?

Ans: Movies are an important part of our lives. We have our very own Indian film industry which is not only famous in India but is Inter nationally acclaimed as well. The film stars enjoy a celebrity status and have a huge fan following. They are role models of millions due to their acting skills, looks and style. These stars also endorse advertisements and support charities. All this makes them extremely popular.

Q-. Do you think youngsters try to copy film stars?

Ans: Of course, not only youngsters but also some grow ups try to emulate actors and actresses. People try to copy their hairstyles and dressing sense. Some even go a step further to become duplicates of their favorite actors by talking and walking like them. Also, fans purchase the products that celebrities are endorsing in order to be like them.

Q-. What are the benefits and drawbacks of it?

Ans: According to me, one of the positives is that people volunteer and donate for the charities their favorite stars support. Secondly, youngsters are becoming health and fitness conscious to look like celebrities. On the negative side, if a celebrity drinks or smokes in public, young people might find it glamorous and get into unhealthy habits.

Q-. Are famous personalities rich in your country?

Ans: Celebrities like film stars and sportsmen are extremely rich in India. They lead an exorbitant and lavish lifestyle. Nowadays, we keep hearing in the media about films that cross 200 crores mark and actors being paid millions as signing amount. They truly are rich and famous people who can afford the haute couture, luxury cars and stay in the most luxurious foreign resorts.

Q- How do some actors/some comedians become famous?

Ans: Probably because they appeal to a large group of people. If it’s a comedian, it may be their style, the topic of their humor or just the connection they make with their audience. Some movie actors become famous for one particular film which brings them to the attention of a worldwide audience.

Q- Do comedians earn a lot of money?

Ans: It depends, there are different types of comedians. Those who work on TV, those who do films and then those who do stand up comedy in theatres and clubs. I suppose some of them don’t earn that much money, but on the other hand, those who do become really successful can earn millions.

Q- Do you think these people deserve to earn so much money?

Ans: Yes, I don’t see a problem with them earning a lot of money. If people like them and are willing to pay to see them, either live or in a movie, then they deserve the money they receive. It’s just like any other artist or entertainer. If they are good then they will probably earn lots of money because people value what they do.