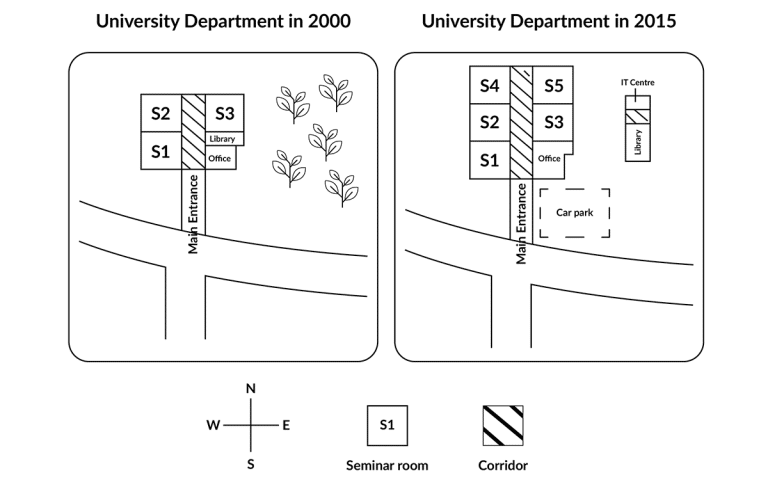 Model Answer: The Ground floor plan of a University department in 2000 and 2015

The maps show the changes that occurred to a university department between 2000 and 2015.

Overall, the main building underwent some renovation and extension over the years, while several new facilities were also added to the department, including a car park and an IT centre.

In 2000, the department consisted of a single building containing three seminar rooms, a library, and an office. By 2015, the building was extended to the north with the addition of two new seminar rooms, while the library and office were combined to make one large office space.

The library was moved to a new building constructed to the east of the main building, which was previously a large area of vegetation. A new IT centre was also housed in the new building, located across the corridor from the library. In addition, a new car park was also constructed next to the main entrance of the department.